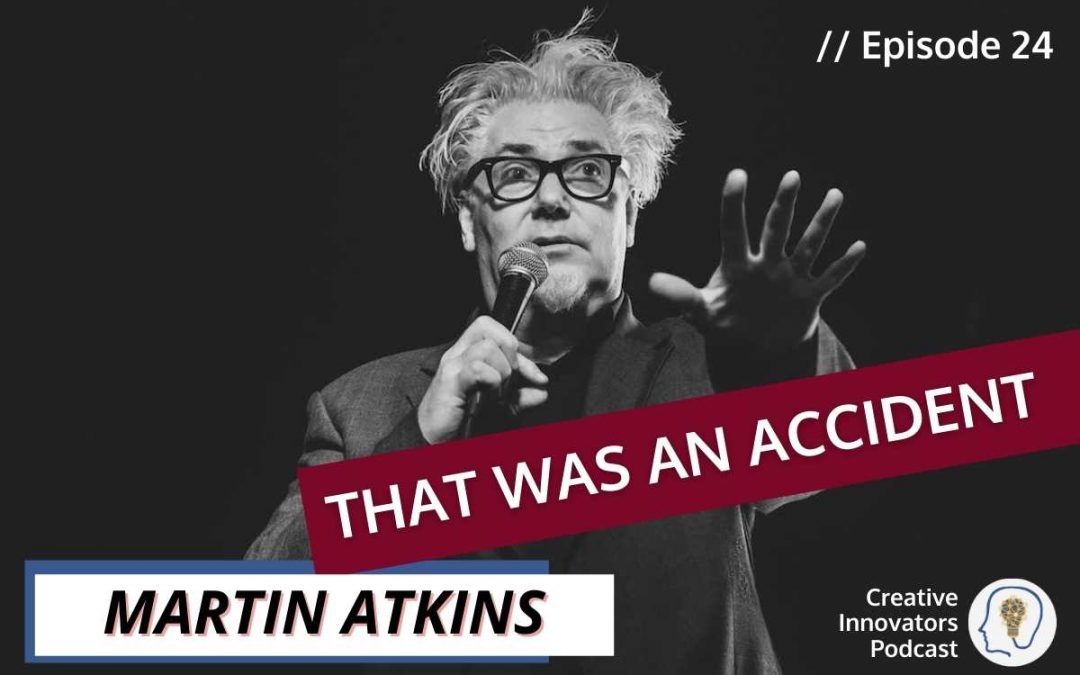 That Was an Accident . . . with Martin Atkins 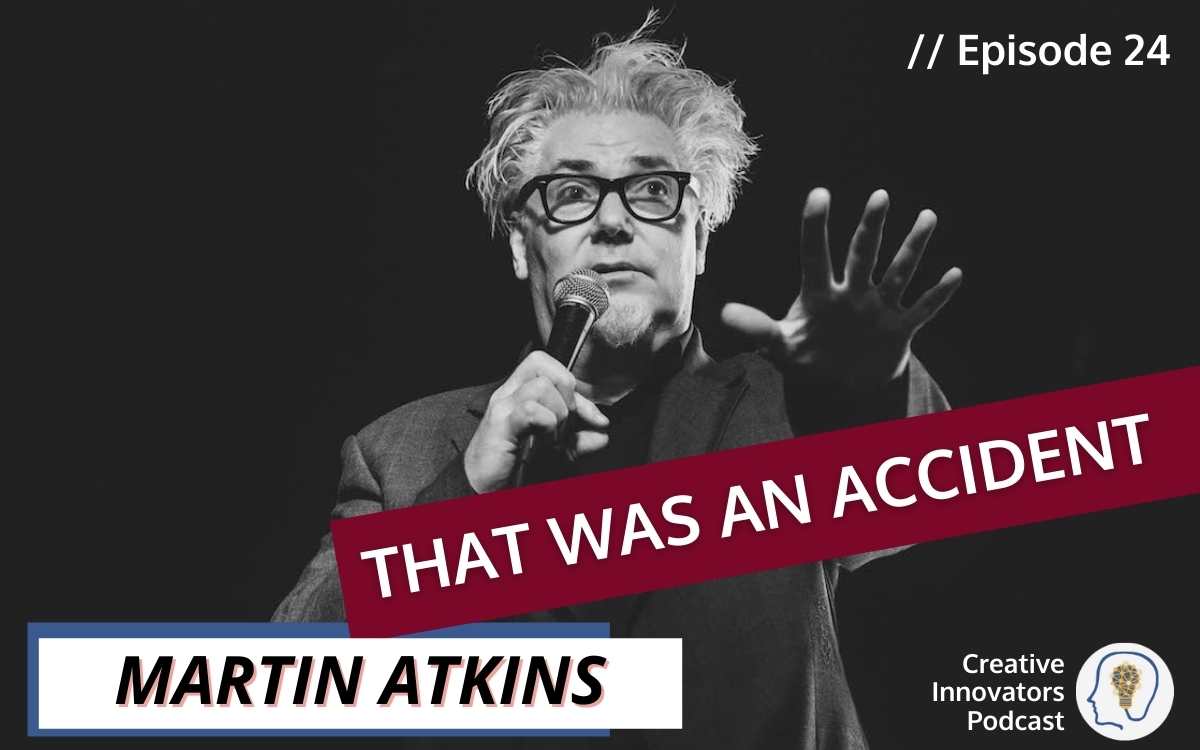 Question: How do you decide what adventures to take in your nonlinear career?  What are intentional plans vs. accidents?

Martin Atkins talked with our host, Gigi Johnson, from his studio that also acts as a museum of all of the adventurous projects around his career.  Martin shared how he began drumming at age 9 and persistently getting into Public Image Ltd, waiting through 5 drummers.  He talked about believing early on that he had a job — “it’s being me.”  He diversified by accident and kept adding roles as blockages came his way, including launching bands and labels.  Each time, he picked the best option that arose and looked for both safety nets and for solutions IN the problem itself.

Martin Atkins is the definition of entrepreneurial activity in cultural arts endeavors, his 35+ years in the music business spans across genres, borders, and industries.

He was a member of Public Image Ltd and Killing Joke. He founded industrial supergroup Pigface, The Damage Manual, and Murder Inc., and has contributed to Nine Inch Nails (for which he has a Grammy) and Ministry. He is the owner of Invisible Records and Mattress Factory Recording Studios (est. 1988). He is the author of “Tour:Smart, Welcome To The Music Business….You’re F*cked!” and “Band:Smart.”  He is the Music Industries Coordinator at Millikin University in Decatur Illinois. Martin is a producer, drummer, documentary filmmaker, DJ, and father of four.

Whatever the future of entrepreneurial music business education is, you can pretty much bet that he’ll be in the middle of it. 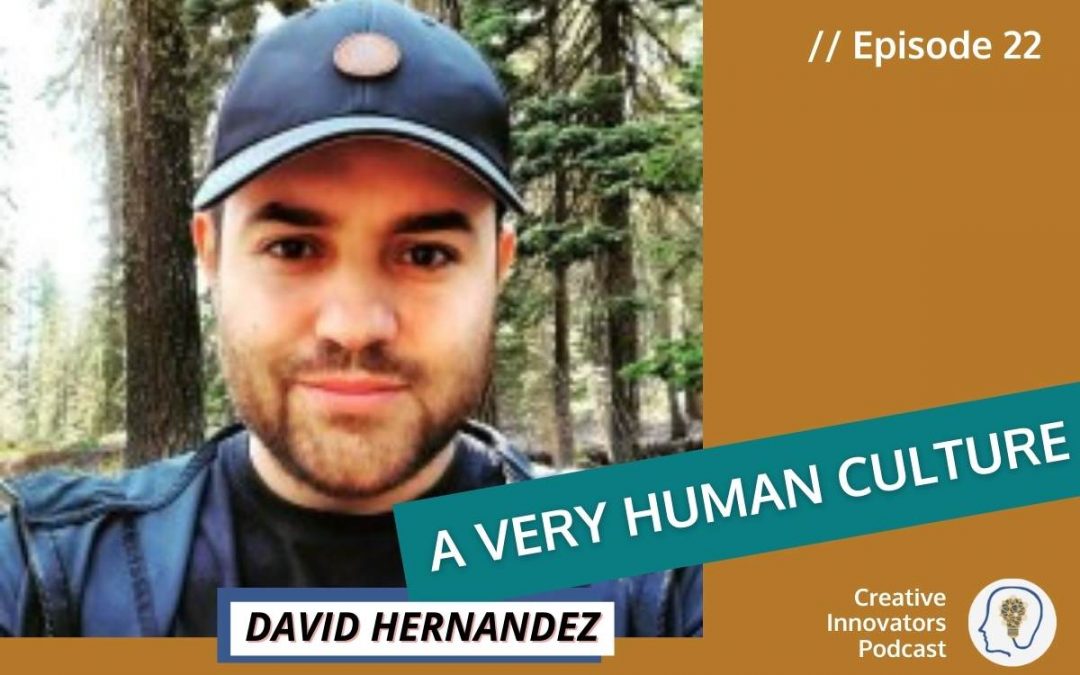 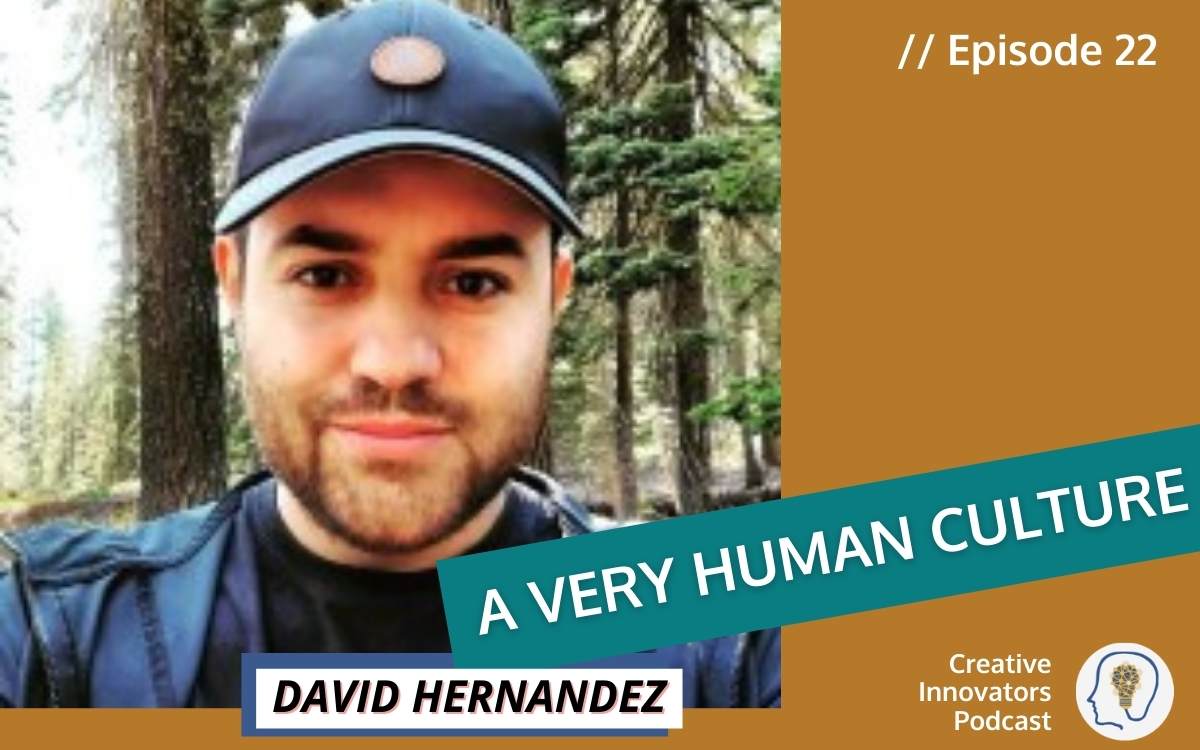 Question: What if you could build a company around your passions?

In this episode, David Hernandez shares how he is unlearning and relearning what he knows to create competition for his company . . . in his own company!  He runs Colonize Media, a multiplatform network music aggregator.  He has worked to create “a very human culture” with his team of 30+ people and now works to “break artists from nothing.” 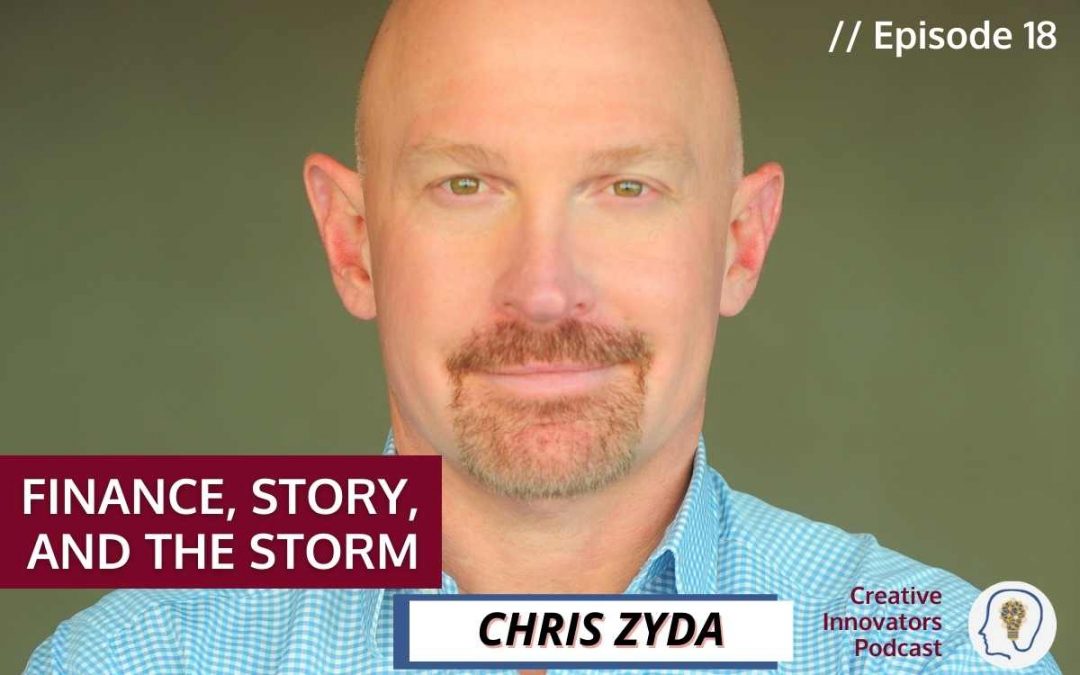 Finance, Story, and The Storm . . . with Christopher Zyda 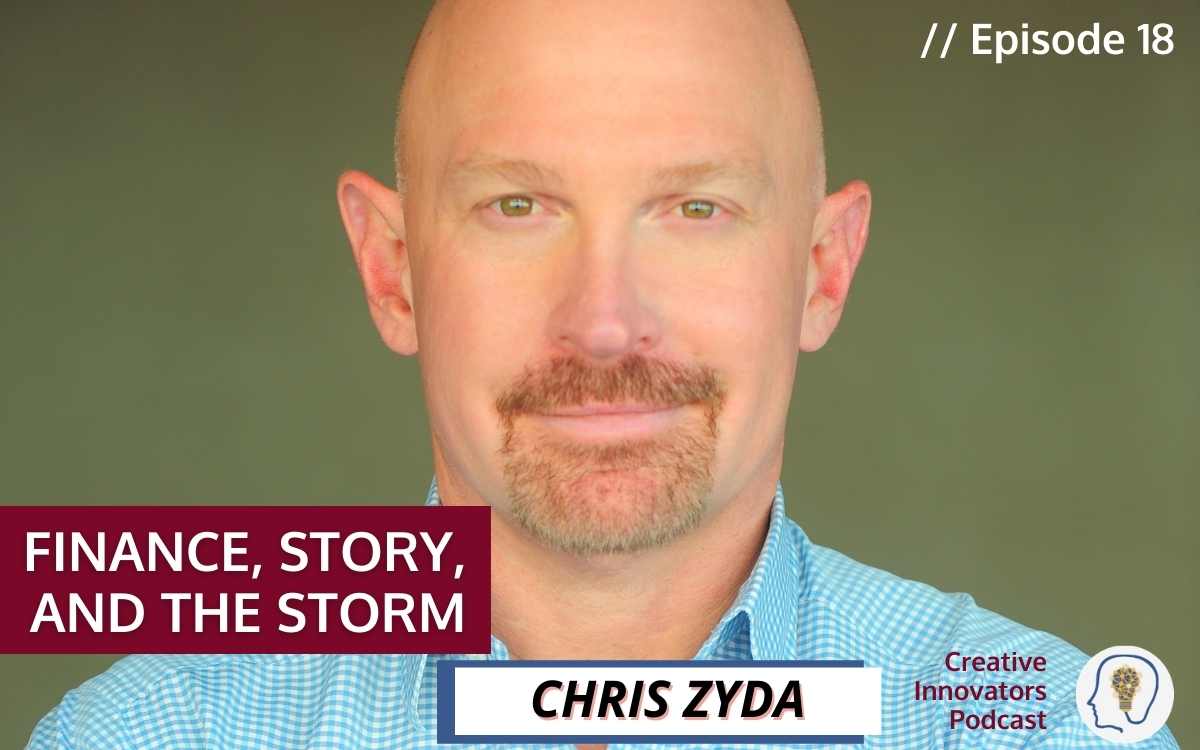 Question: What if you need to leave creative work to deal with crisis?  How can you bring your creativity to other fields?

In this episode, Christopher Zyda shares his journey through the 1980s AIDS pandemic as a young professional writer-to-be and his shift into finance to help care for his partner while dealing with insecurities and fears in launching a life.  He tells of his choices to go to graduate school, his persistence and a kind person that got him into Disney finance, his Zelig-like choices of taking financial leadership roles at Amazon, Ebay, and a mortgage finance company, and his newer role of leading Mozaic, a financial investment firm. All of this work in finance still involved storytelling and learning everything he can.  Chris tells the story of returning back to writing with his biography of his own AIDS-era journey with his new book “The Storm.”

Christopher Zyda is the author of The Storm: One Voice from the AIDS Generation.

Chris is also the CEO of Mozaic-LLC, an independent, privately-owned firm that focuses on wealth management, family office, and corporate advisory services. He has over 30 years of investment management and senior-level corporate finance experience at several high-profile growth companies including The Walt Disney Company, Amazon.com, and eBay.

Chris earned a Masters Degree in Business Administration from the UCLA Anderson School of Management in 1989 with a concentration in Finance and achieved Beta Gamma Sigma honors. Chris also earned a Bachelor of Arts degree in English Literature from the University of California Los Angeles in 1984. 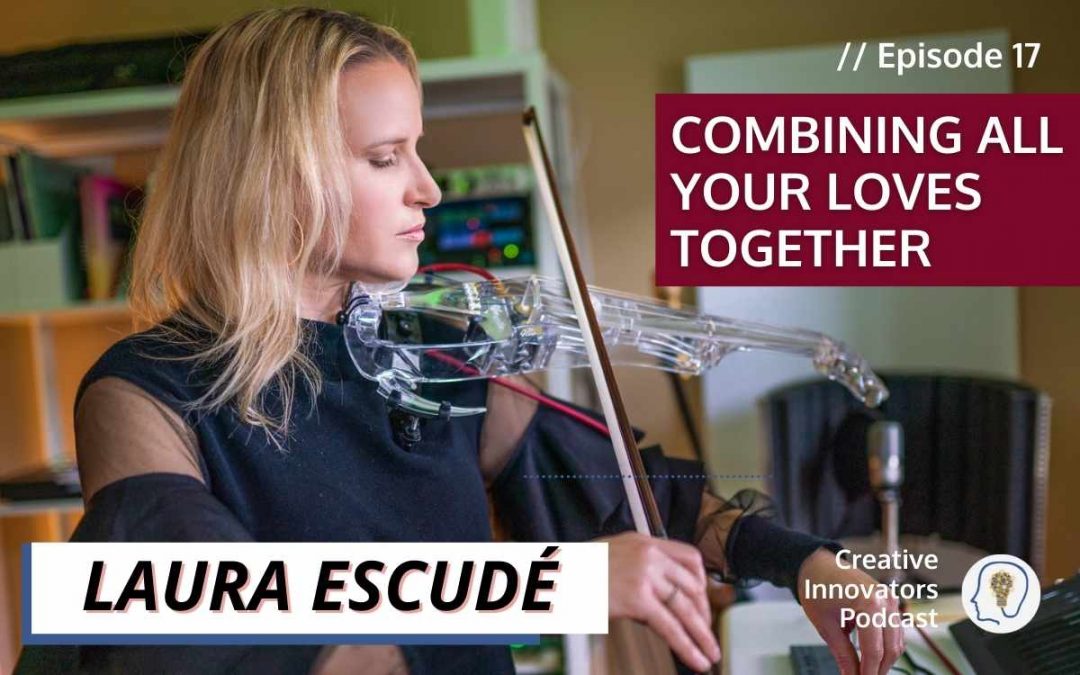 Combining All Your Loves Together . . . with Laura Escudé 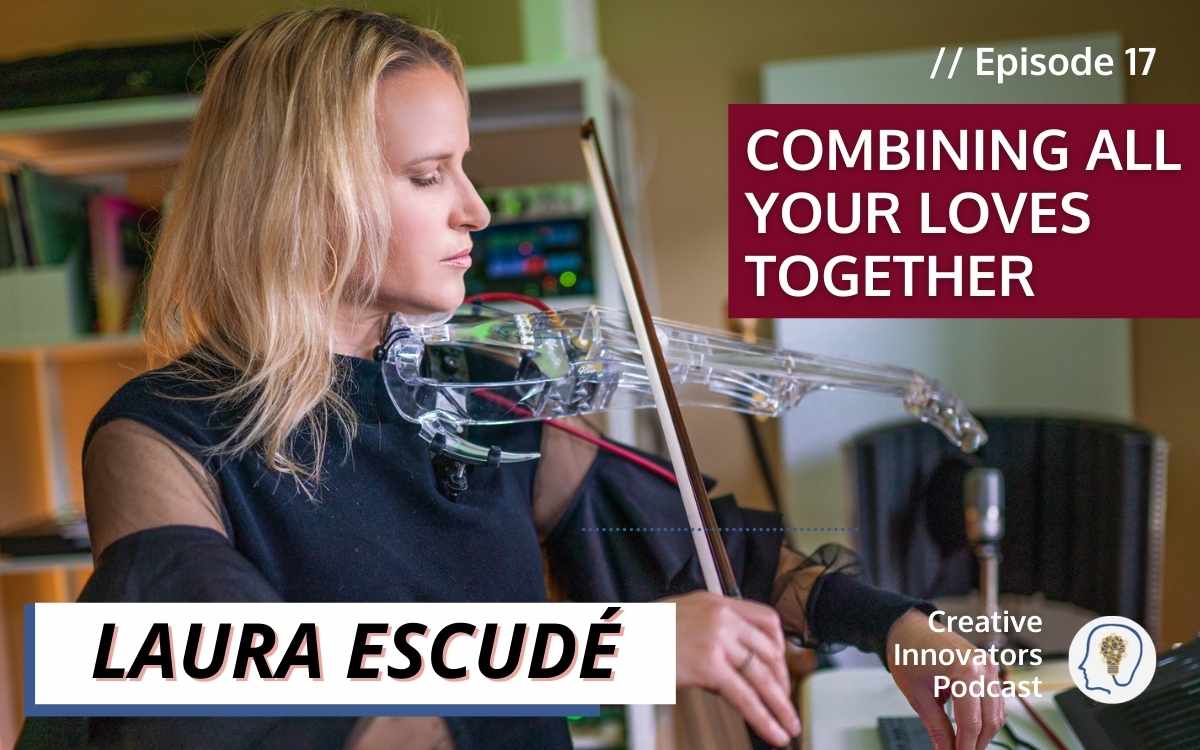 In this episode, Laura Escudé takes us on her journey from violinist to adventures in Los Angeles as a seat filler for TV shows from Craig’s list to market research to other one-off jobs. . . until she becomes a tech support staffer at M-Audio because of problems she had with her own keyboard.  For listeners who are inspired by linear journeys, this is not one.  Instead, Laura was launched from being laid off as the first Ableton Certified Trainer.  An email got her working for Cirque du Soleil in playback.  A phone call from all of her Ableton visibility brought her to Kanye West’s audio engineer and then years of touring.  Until it wasn’t — and she shares the story of how in 2017 she rebuilt her career about teaching and inspiration in audio engineering around “transmuting” creators – “to move from one form of energy into another.”  Enjoy her story of building a global community of artists and creating new online programs ahead of the current virtual learning world.  And enjoy her stories of what she now has built with the Transmute Accelerator and Transmute Academy.

Laura Escudé is the creator of The Transmute™ Accelerator, Founder of Electronic Creatives, and an Ableton Certified Trainer since 2008. To sum up, Laura Escudé is a Future Classical artist blending music, tech, and consciousness. Synthesizing her skills as a classically trained violinist and technical prowess as an avant-garde electronic producer, Escudé infuses neo-classical & sleek futuristic style with raw emotion elicited with her musical machines.

Based in Los Angeles, Escudé is an artist, innovator, entrepreneur, and live show designer with a deep understanding of complex technology, a profound passion for music and art, and a unique talent for fusing the two. Career highlights include performing in the GRAMMY Premiere band, programming and designing shows for Kanye West from 2009-2017, opening for Miguel on his 2015 Wildheart tour, and building a thriving international business populated by top-tier professionals.

But while Escudé’s life and work are dynamic, her ultimate goal is simply to inspire.

As an artist, Escudé executes this mission through music. She’s released myriad albums, singles, and EPs under the name ALLUXE, synthesizing her skills as a classically trained violinist and her prowess as an avant-garde electronic producer. Now making music under her own name, Escudé released the Transmute EP, her most intimate work to date, capturing the sound and feel of a woman who’s examined the darkest parts of herself and come out the other end transformed. Escudé’s live performances are known for their sleek futuristic style and the raw emotion she elicits from her musical machines. She’s done official remixes for artists, including M83 and Poliça, with her violin playing featured on albums by Big Grams, Kanye West, Jay Z, and many more.

Technology is a second language for Escudé, who became the world’s first Ableton Certified Trainer in 2008. In 2012, she founded Electronic Creatives, using her skills to hire and train programmers and playback engineers for artists including Logic, Ariana Grande, The Weeknd, Big Sean, Charli XCX, and the Yeah Yeah Yeahs. Electronic Creatives has hosted several playback engineering training programs over the years, with the latest being MASTERTRACK Worldwide.

It was while on tour that Escudé learned the challenges of staying healthy on the road. In 2016, tour burnout landed her in the hospital. She was exhausted, stressed, and not sure how to get better. It was a low point that forced Escudé to take a break from work and focus on her health. This physical, mental, emotional, and spiritual process involved letting go of unproductive habits and thought patterns, facing her fears, and giving up aspects of her life that didn’t serve her. Escudé was soon not just better, but for the first time in her life truly thriving.

With all Escudé has achieved in the realms of music and technology, it’s clear why she’s been called “the best in the world at this job.” Escudé continues to propel forward this three-tiered platform of Future Classical music artistry, tech, and consciousness and it just keeps getting better. 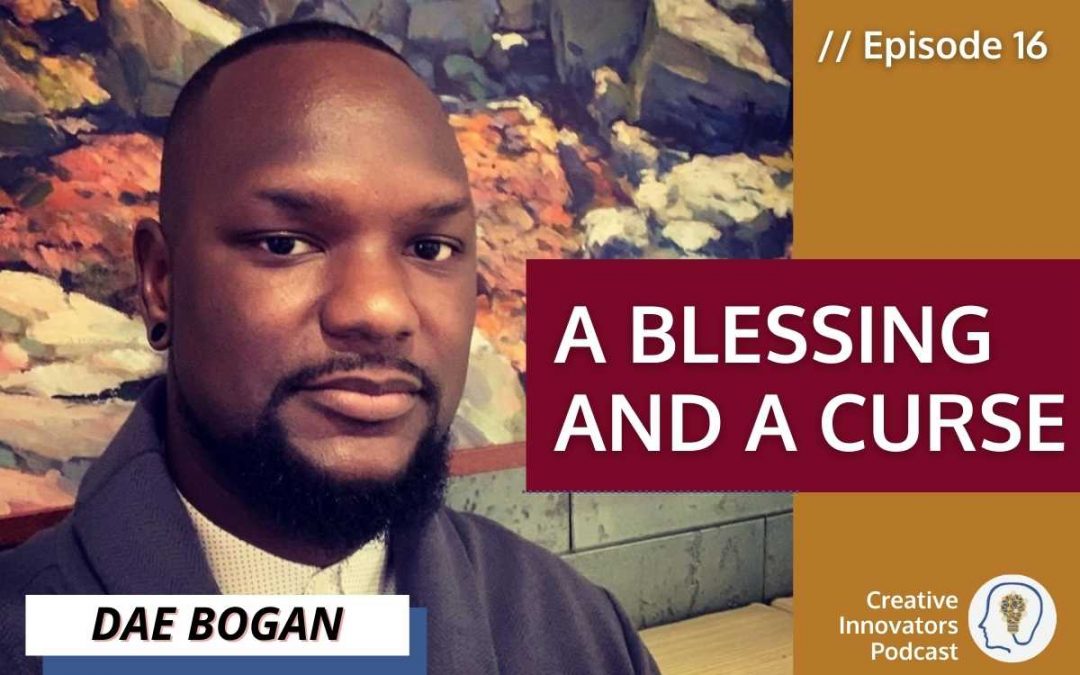 Seeing Solutions – A Blessing and a Curse . . . with Dae Bogan 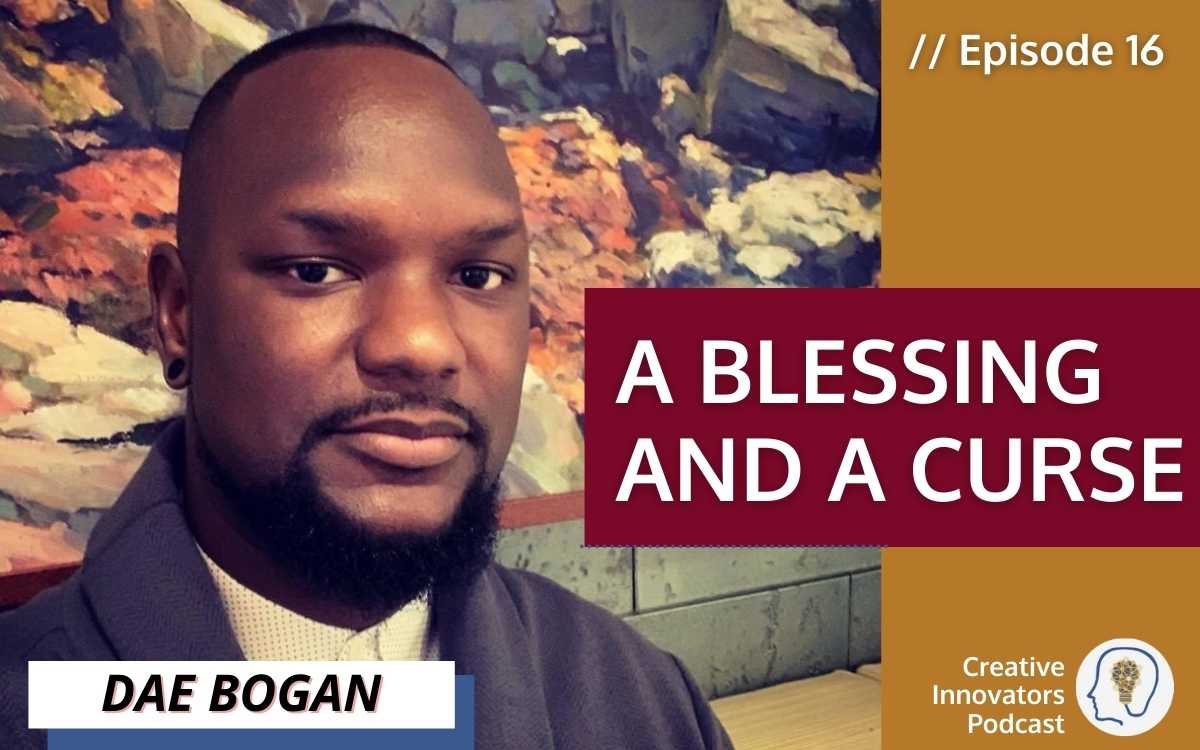 Dae Bogan shares how he sees solutions and “warps” them into business ideas — which is both a blessing and a curse. He began with selling cakes in middle school and organizing bus tours in high school from Cleveland, OH to New York. From his early history in acting, singing, and creating and producing events, he moved into a long series of start-ups (including putting gogo dancers in store windows) before moving into various endeavors in music tech. Dae has started and sold a variety of cloud-based ventures as well as mentored founders of other startups. Dae shares how he now is bringing those diverse skills to bear as head of Third-Party Partnerships with The Music Licensing Collective. The MLC works with music publishers and artists to collect and distribute their streaming royalties.

Dae Bogan serves as Head of Third-Party Partnerships for The Mechanical Licensing Collective (The MLC), where he leads The MLC’s strategy for engaging third-party entities to support initiatives in rights administration, data management, operations, and membership services.

A passionate music creators’ rights advocate who enjoys exploring the global music rights landscape through the lens of business and technology, Bogan is also an adjunct lecturer at the UCLA Herb Alpert School of Music. In this role, Bogan develops and teaches the music industry entrepreneurship course for which he was recognized in Billboard’s “The 15 Best Music Business Schools In 2017.”

Prior to joining The MLC and teaching at UCLA, Bogan’s passion for innovation at the intersection of music and technology led him to found three companies: music rights administration technology company TuneRegistry, unclaimed music royalties, and licenses search engine RoyaltyClaim, and in-store music video network Maven Promo. Each of these companies has since been acquired.

Early in his career, Bogan worked directly and more creatively with recording artists, songwriters, music producers, and DJs as the owner-operator of an independent record label, a music publishing company, and a boutique artist management firm before pivoting into technology in 2012.

« Older Entries
We use cookies on our website to give you the most relevant experience by remembering your preferences and repeat visits. By clicking “Accept”, you consent to the use of ALL the cookies.
Do not sell my personal information.
Cookie SettingsAccept
Manage consent