This is our Future: Saving the Planet . . . with Bas den Braber and Jenna Seiden 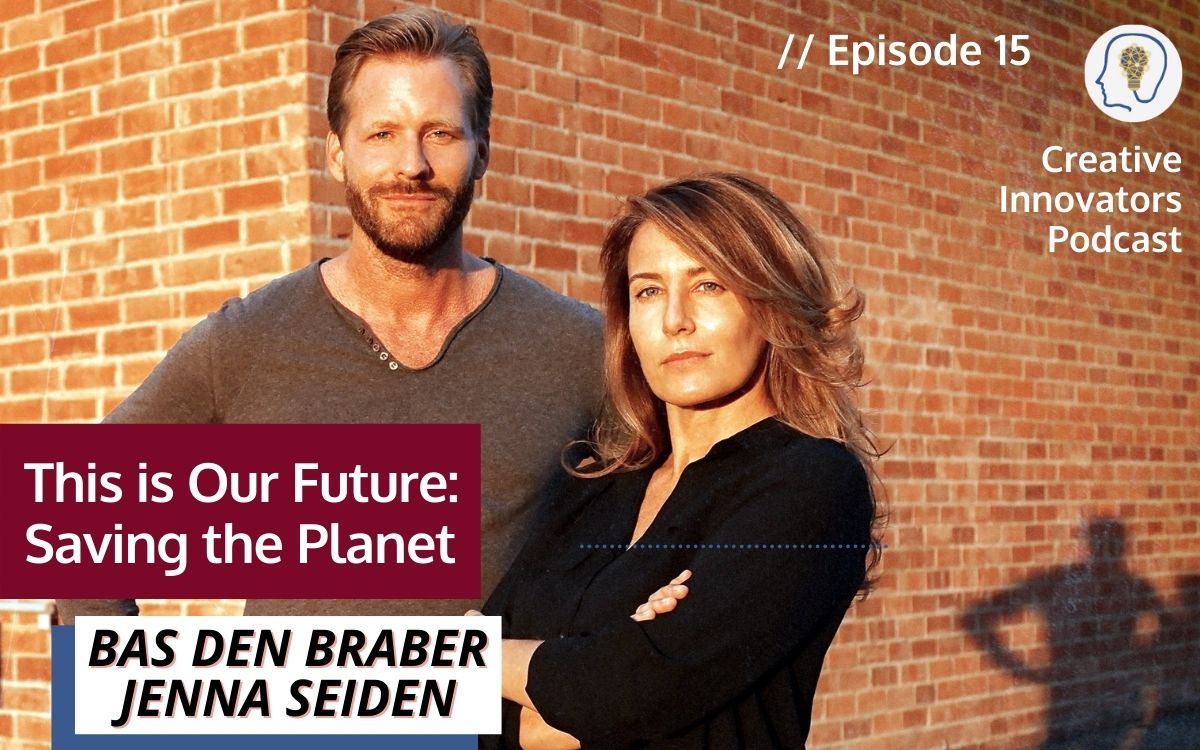 In this episode, we hear how Bas den Braber and Jenna Seiden are following their purpose with Zambezi Partners, a benefits corporation with a mission to eradicate African wildlife poaching during our lifetime.  They both worked in large company business-to-business strategy, consulting, and brand leadership, and have found their purposes after their mid-career reality checks.  Their careers in their subsequent order built toward new opportunities . . . that led to their using tech tools to advance anti-poaching solutions.  They “grok” larger organizations and see the barriers to change — and share that experience as interpreters between tech and technology to create forward momentum and innovation with saving species of animals.  On Dec. 13, 2020, at EndangeredRangers.com, they are having a fundraiser to support fundraising around people on the ground, as well as the technologies being used to complement what they do . . . staying on track to save these animals . . . and on KNECT TV app on your Roku Player and other devices.

Each has previously launched their own startups receiving venture funding, Swagtime.com and Boost VC-backed SAMO VR, respectively. They started working together in Global Director positions for the SDG-centric Dutch $30M venture fund, LUMO Labs. Bas introduced Jenna, a second-generation wildlife conservationist, to his vision to use their venture capital acumen and Silicon Valley best practice models to combat poaching, an issue he committing to solving when he first began doing safaris in Africa in 2003, subsequently becoming an FGASA Level 1 trained Field Guide. The two have formally devoted their lives to bring their technology and investor networks together with their experience in investments to have the impact they’ve believed in their whole lives.

They spend their time between Los Angeles and Zimbabwe where they have already partnered with a team on the ground in Harare and Panda Masuie overseeing investment opportunities and the deployment of the tech stack respectively. They will be on-site in Zimbabwe full-time upon securing the first 20% of the fund in addition to their own GP commit. An international, multi-disciplinary advisory board of industry sector experts, founders, asset managers, and executives is being established.

Jenna lives professionally at the intersection of technology and media, having worked for, with, or advised some of the biggest names in sports, entertainment, and technology.

She helps engineers and executives with business development, project financing, and corporate strategy. She has evolved or created new business models to adapt to changing technology platforms. She excels at identifying and negotiating strategic partnerships, which have led to some of the largest digital, video game, and virtual reality deals to date. She went to UPENN and holds an MBA from the Anderson School at UCLA.

Jenna’s extended family managed the largest animal sanctuary in the Northeast and has been a fervent animal advocate since her youth. She even predicted her current duty to stop poaching when she was 12 emphatically identifying Zimbabwe, of all the places in the world, where she would someday live and save rhinos and elephants.

Using these tools he built SAMO VR, a venture capital-backed start-up that drives revenue in virtual and augmented reality by helping music industry companies define, finance, and deliver their emerging tech strategy. He recently served as Global Managing Director for SDG-centric Dutch fund, LUMO Labs, based in Los Angeles. In addition, he is an advisor to other start-ups, a frequent speaker, panel member, and moderator at industry events, and judges events like hackathons. He studied engineering and received his Master’s in business from Nyenrode University in The Netherlands.

Bastiaan had the vision to use the best of the world’s venture capital acumen and models to combat African wildlife poaching when he first began doing safaris in Africa in 2003. He became an FGASA Level 1 trained Field Guide as part of his journey and formally devoted his life to bringing together the technology partners from his past in the Zambezi Project, with his present passion for venture capital to create Zambezi Ventures that can have the impact he’s believed in for nearly two decades.

END_OF_DOCUMENT_TOKEN_TO_BE_REPLACED

END_OF_DOCUMENT_TOKEN_TO_BE_REPLACED
We use cookies on our website to give you the most relevant experience by remembering your preferences and repeat visits. By clicking “Accept”, you consent to the use of ALL the cookies.
Do not sell my personal information.
Cookie SettingsAccept
Manage consent