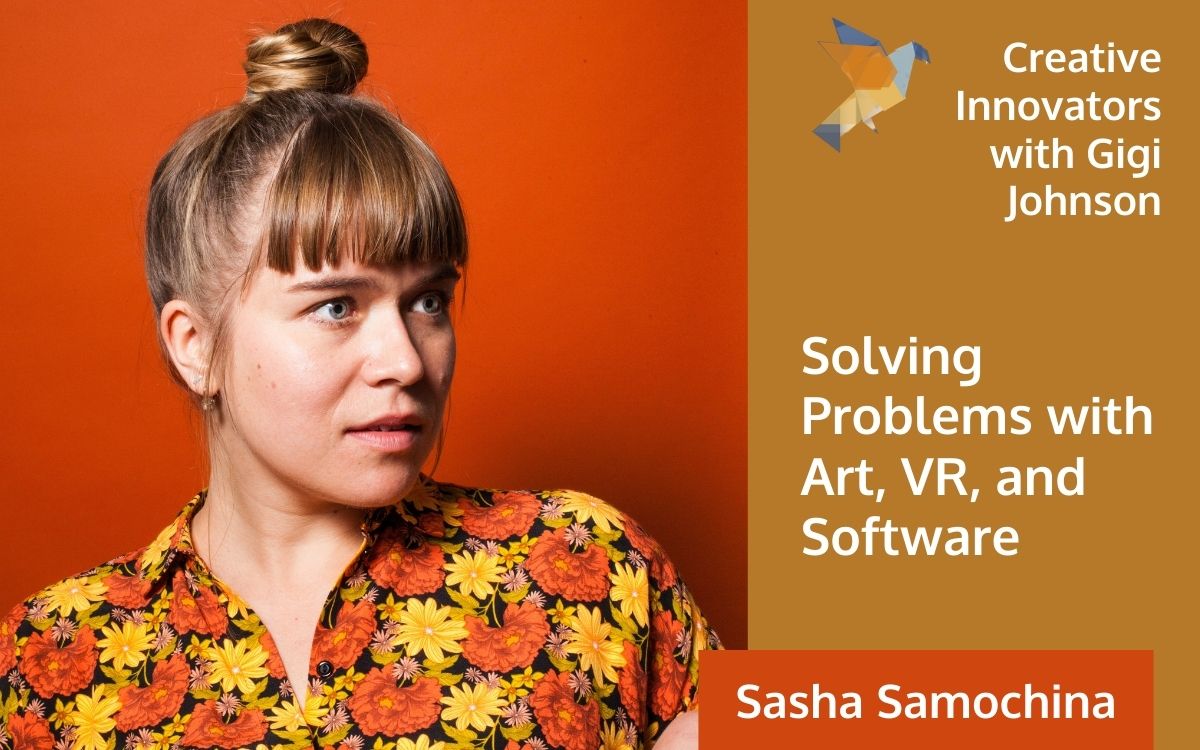 In this episode, Sasha Samochina shares her journey connecting art, VR, and science together — to her trio of roles at NASA Jet Propulsion Laboratory (JPL).  She illustrates why she is “thankful for [her] boldness” in interning and pushing into each new job and new technology.  The Field Museum in Chicago became an opportunity to connect art, science, computing, and social storytelling.  By the end, you’ll see the arc that returned to her desire as a young student to be a teacher and librarian but on an inter/planetary scale.

Sasha Samochina (sam-ocean-uh) is an Emmy award-winning creative technologist. She joined the team at NASA Jet Propulsion Laboratory (JPL) after working in New York in the fields of video and web development and in Chicago, where she was a Media Producer at The Field Museum of Natural History. After dreaming up content for JPL’s Communications department, she began to explore the world of 360 videos and XR. Through Sasha’s visualization skills, she pioneered the very first 360° video release on social media for NASA. She is currently the Deputy Manager of the Ops Lab, Project Lead for ProtoSpace, and the Technical Group Supervisor for the User Interface Development Group (397M) at JPL. Sasha dedicated herself to helping create software that incorporates innovative forms of visualization that aid scientists, engineers, and astronauts in transforming their workflow, and she leverages that same experiential technology to educate and inspire the public to engage in STEAM. She loves all things digital, animal, sound-emitting, cosmic, and views the world through XR-colored glasses.

END_OF_DOCUMENT_TOKEN_TO_BE_REPLACED

END_OF_DOCUMENT_TOKEN_TO_BE_REPLACED
We use cookies on our website to give you the most relevant experience by remembering your preferences and repeat visits. By clicking “Accept”, you consent to the use of ALL the cookies.
Do not sell my personal information.
Cookie SettingsAccept
Manage consent